Aggregating websites, tools, and HOT articles we will either use, or mention, during your PD day!

Pleased to be here with you today to introduce Inquiry  - Join us at 2:00 to hear LOTs of Inquiry ideas!  Here is a link to the PPT presentation as well as the small handout for notes:

I am using the Rosen resources today to model some Inquiry Ideas. I believe teachers and librarians learn by seeing models.  A picture model will speak a thousand words. So, if you've missed the presentation, please see some of the essential questions in the latter slides of this presentation. It will give you a perspective which allows kids to "uncover and discover" information (drawing conclusions) --rather than merely "find and report" on a topic.

As I love to say, "Kids will grow up and run the world.  Let's teach them to think!"
No comments: Links to this post

Our second children's book on endangered species has received another great review from a member of the KidLit exchange.  Thank you to RedCanoeReader (Instagram) This was so detailed that I thought I'd share her accolades! 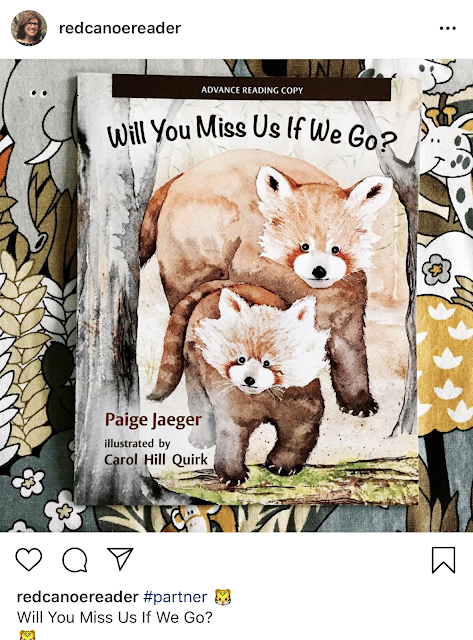 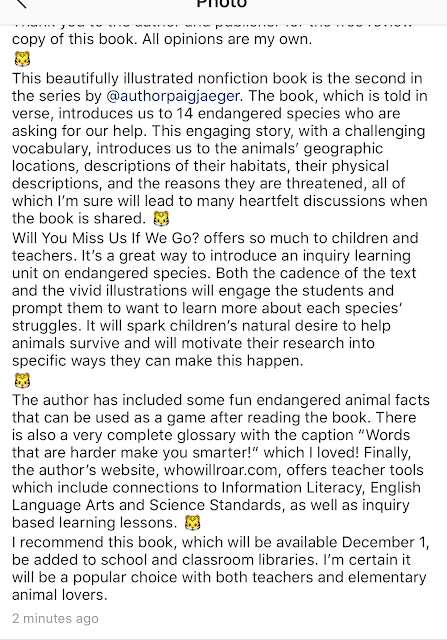 Welcome to Strengthening You're Why!

It's my pleasure to be with you today to explore a number of different hot topics.

I'm using this Symbaloo embedded below for URL simplicity.

DogZilla and the Common Core 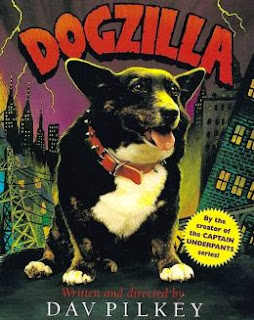 Back in the 90's when I was an elementary librarian, the remake of King Kong was released, and so I thought we'd have a little fun with Dave Pilkey's Kat Kong and DogZilla.  I had to order multiple copies and couldn't keep them on the shelf!

Here we are almost 20 years later and the remake of Godzilla brings me Deja vu.   Blow the dust off your Dogzilla and order a few more copies.  The kids will go crazy for Kat Kong and Dogzilla, the "colossal canine" again!   Let's see how this literary wonder stacks up to the Common Core measuring stick:


Rigor...
'Not a very tough read. Sorry.  It doesn't take focus or sustained attention to get to the end of this lame literary gem. The Lexile, readability measure, comes in at a 720.  That is just perfect for your third and fourth graders. However, with only a few sentences on a page, we really can't call it "rigorous."  The vocabulary is what saves this book, if you are needing justification. Just look at the richly woven vocabulary from merely a handful of pages of this literary wonder: irresistible, annual, canine, crater, depths, mysterious, residents, colossal, residents, terrifying, creature, ancient,  and more!  Vocabulary is so rich that is trumps the lack of rigor.  Let the kids read!  I would never use this book in a read aloud without an activity (task as in "reader and the task") which requires the kids to think.  Define the vocabulary words ahead of time and play a vocab game after the read.  Create a bookmark with your "Cool words to make you sound smart" on it and send it home inside their checkout book.  Let the parents see the words you tried to teach them that day.  Or, look at some of the suggestions below. 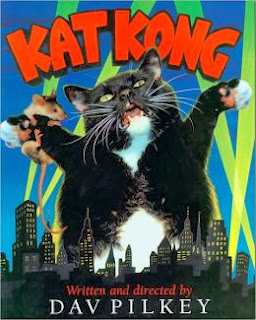 It would be a far reaching claim to believe that we could use this text to solve a real-world problem, as the CCSS encourages us to have students do. Even though the reader is asked at the end of the book... how to save the town, this is not the type of problem that the CCSS expects our students to spend a great deal of time contemplating.   Genies, dragons, gargoyles, Neptune, megalodon, and other mythical beasts are just a few other terrifying creatures that have captured literary attention many times over, but don't qualify for "real world problems" that need to be solved.  However, we could use this book as a hook to have these third graders brainstorm what we are, or should be afraid of-- or need to solve.

Reader and the task...
I would recommend this follow-up activity to justify the use of this book:


So whether you are doing this with a classroom, or during your "scheduled" library time,  you can teach withstyle!   You don't have to be a classroom teacher.  If you really try this wacky-world problems unit, you are embracing some of the shifts of the Common Core.   Your students are likely to know 20 more academic vocabulary words than they did prior to reading this book.  You can build a rubric which requires them to use those words in their "claim."   This can be part of their writing or language presentation.  You could have a discussion and debate over real world issues.  What problems deserve the governmental attention the most? Kids could rank the "issues" based upon the evidence that teams present.  Which problem should be solved first?

The creative possibilities are endless--even within the Common Core instruction.  So don't think all is lost within our new standards.  Just get to know the building blocks and embrace them.  If you were observed during a lesson like this, the principal would likely see your students concentrating on: vocabulary, building an evidence-based-claim, researching to build and present knowledge, and closely reading.  That is what separates you from a granny reading a nice book.  Plan your pedagogy.  Engage those students in reading, research, and academic vocabulary building.

And they thought you were just checking out books...  Silly them.

I'm happy to have the opportunity to share this message with y'all in NY, Texas, and my virtual presentation friends!  Remember....the next generation will grow up and run the world!  Let's prepare them:  to think, to assess, to wonder, to solve problems, to be responsible and more.  You have a very important job!

We are blessed to be a blessing. Please ponder this library cause:

Please Help Build a Library in the World’s Poorest Nation: BurundiGive up one pizza for one small piece of this library?Burundi is one of the world’s most impoverished  countries. Annually it places at the bottom of the GDP list competing with Congo, Liberia and other a handful of other struggling countries. Burundi lies deep in the heart of Africa, just west of Tanzania and neighbors with Rwanda.  Tribal warfare (Hutu and the Tutsi)  and AIDS have left orphans and widows behind.Along comes Freddy.  This man had a vision to “rescue” orphans, build an orphanage and also a “first world” school in this struggling country.  Ten years later, Freddy has raised hundreds of Hutu and Tutsi orphans, (together, so they don’t even know to which tribe they belonged), a medical clinic, and an English-speaking school.    He believed that in order to positively impact the future and economics in Burundi, kids needed to know English to compete in our global society. Freddy knew that love and education would supplant the hatred and dysfunction that defined Burundi’s culture. 2018 Video - Look @ ten years later!   When I met Freddy, I was so compelled by his cause, and convicted by my “privileged position.”  I am an educator, librarian, author, and I  give to many worthy causes. But, I eat pizza and buy lattes too.  Would you consider giving up one pizza towards this school’s Library Fund?  We librarians and educators could build them their “Great Gitiga Library” if there were 2000 librarians willing to give $20.00 – that’s just one pizza pie each!   They need $37,000 to cover the construction costs of this building and that would about cover it.  I thank you deeply for considering this.  (Imagine building a library for only $37K?! - I've seen the architectural plans and can share them if you'd like.) For those interested in larger tax-deductible donations, you may give through this 501-C3 link – Choose “Other” and note it for the LIBRARY  - You will receive an instant tax receipt.  Still not convinced? Watch this difficult video in which they give statistics about our US money spent on cosmetics and dog food.  It's humbling.  They are also in need of new books, if your organization or company would have inventory needing a write-off.   My brother and niece are involved in this work as well as the work of Hope International in Bujumbura, Burundi. That is how we found out about this and met Freddy Tuyizere.

CLICK HERE TO GIVE TO THE "GO FUND ME" PAGE -

THANKS for your consideration!

Join me for an SLC Webinar!

Power verbs for the new AASL Standards for School Librarians!

I'll share some valuable insights and ideas to help you digest and embrace these new standards from AASL! 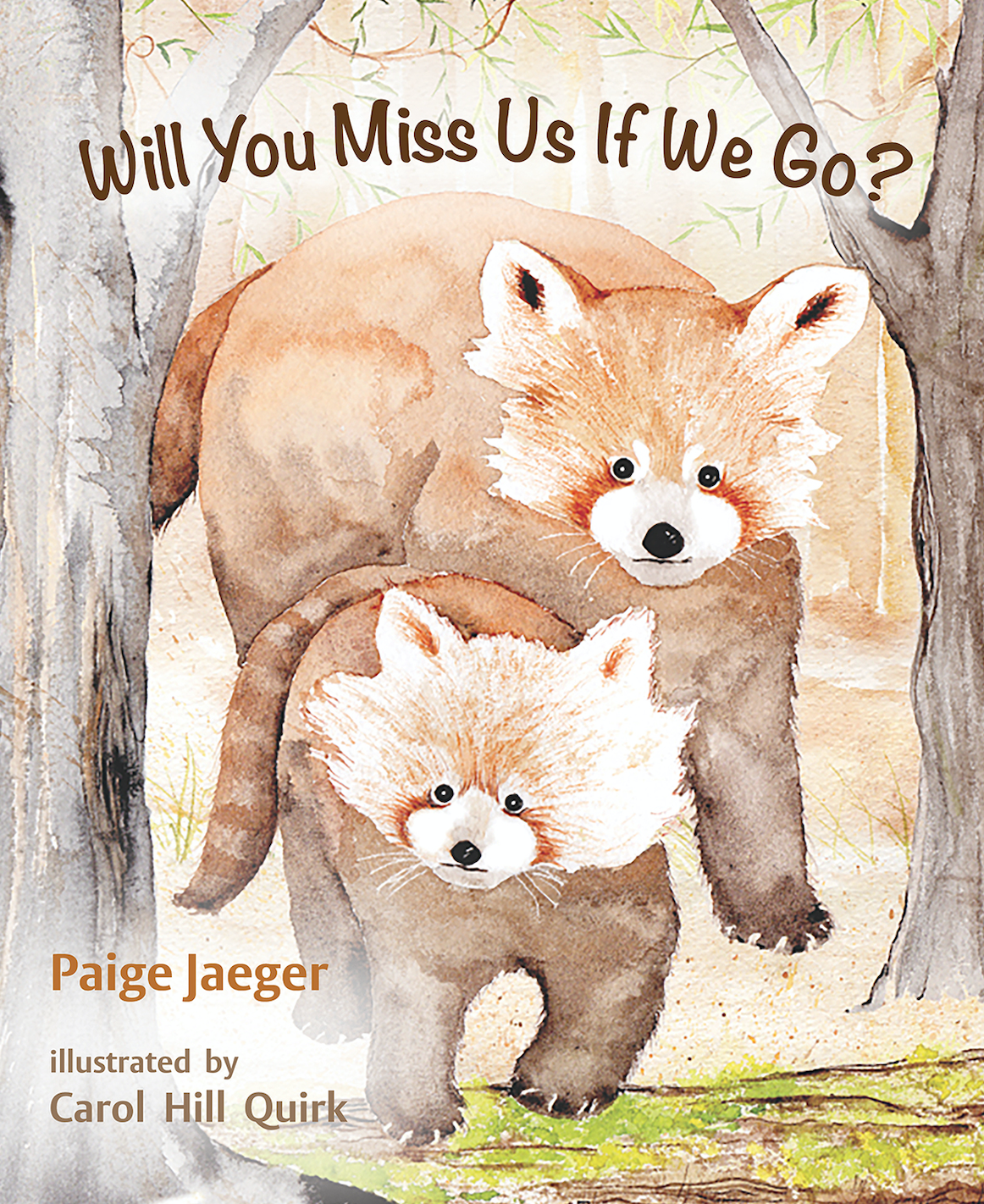 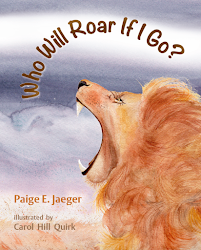